Dr. Bailes’ is the Chairman of the Department of Neurosurgery and Co-Director of the NorthShore Neurological Institute.

Dr. Bailes’ expertise is in neurovascular disease.  He is a recognized leader in the field of neurosurgery and the impact of brain injury on brain function.  He has been instrumental in the understanding of the clinical evidence of chronic traumatic encephalopathy (CTE), a progressive degenerative disease found in individuals who have been subjected to multiple concussions and other forms of head injury.  His laboratory research has focused upon mechanisms and treatment of cerebral concussions.  Dr. Bailes also is a founding member and director of the Brain Injury Research Institute, which focuses on the study of traumatic brain injuries and prevention.

Dr. Bailes previously served for 11 years as the Professor and Chairman of the Department of Neurosurgery at West Virginia University School of Medicine where he specialized in the diagnosis and surgical treatment of cerebrovascular disease, stroke, and traumatic brain injury.  Since 1994, he has been a neurological consultant to the NFL Players’ Association (NFLPA), which has supported research on the effects of head injuries on professional athletes.  He is the Medical Director of the Center for Study of Retired Athletes based at the University of North Carolina, Chapel Hill.  He has been an advisor to the NCAA and also is the Medical Director for Pop Warner Football, the largest youth sports association in the U.S.

Dr. Bailes has over 120 scientific publications concerning various aspects of neurological surgery, including three books on neurological sports medicine, and performs editorial duties for a number of medical journals.  Dr. Bailes has been honored as one of the nation’s best surgeons for eight consecutive years in U.S. News & World Report’s “America’s Best Doctors” and “America’s Top Surgeons.”

Dr. Khajavi is a neurosurgeon at Georgia Spine & Neurosurgery Center.  He is also a neurosurgery consultant for the Atlanta Falcons and was the neurosurgery consultant for the Atlanta Thrashers until they left Atlanta.  Dr. Khajavi received his undergraduate degree from Emory University in 1985 and his medical degree from Georgetown University School of Medicine in 1989, on an Air Force scholarship.  He completed his neurosurgical residency at the Cleveland Clinic Foundation.

Dr. Khajavi has participated in research protocols in the fields of spinal disorders, minimally invasive spine surgery, epilepsy, brain tumors and seizures, brain hemorrhages, Parkinson’s disease, and stroke.  He is the author of numerous publications and book chapters on the above topics, as well as spinal disc degeneration and spine and brain infections, and has given many national presentations on the above subjects.   Today, Dr. Khajavi is a recognized leader and innovator in the field of minimally invasive complex spine surgery, and proctors other spine surgeons locally and nationally.   Dr. Khajavi also founded the Institute for Spinal and Neurosurgery Research (INSPIRE), a non-profit organization dedicated to performing world class clinical research.

Dr. Khajavi specializes in the surgical treatment of disorders of the spine, brain, and peripheral nerves, and has a special interest in complex spinal pathology and minimally invasive surgical techniques.  He lectures students often at Mercer University and Georgia State University, and is Adjuvant Professor at GSU.  Dr. Khajavi also has special interest in the emerging field of sports neurosurgery, including the management of concussion and sports related traumatic spine injuries.

Dr. Jordan is a board certified neurologist with specialized interests in sports neurology, Alzheimer’s disease, and traumatic brain injury.  He is currently the Chief Medical Officer of the New York State Athletic Commission and a team physician for U.S.A. Boxing.  He is also an Associate Professor of Clinical Neurology at Weill Medical College of Cornell University and serves as the Director of the Brain Injury Program and Memory Evaluation Treatment Service (METS) at Burke Rehabilitation Hospital in White Plains, New York.   Dr. Jordan graduated from the University of Pennsylvania with a B.A. in neurophysiology and obtained his medical degree from Harvard Medical School. Dr. Jordan completed an internship in internal medicine at UCLA Medical Center and performed his neurology residency training at the New York Hospital-Cornell University Medical Center.   Dr. Jordan has completed several fellowships including: a fellowship in public health at Cornell University Medical College, a clinical neurology fellowship at the New York Hospital-Cornell Medical Center, a fellowship in sports neurology at the Hospital for Special Surgery, and a fellowship in behavioral neurology at UCLA Medical Center.   Currently, Dr. Jordan serves on the National Football League (NFL) Players Association Mackey-White Traumatic Brain Injury Committee and the National Football League (NFL) Neuro-Cognitive Disability Committee.

Dr. Earnest is a neuropsychologist in private practice and Neuropsychology Training Director at Kaiser Permanente Los Angeles. Dr. Earnest received her undergraduate degree from the University of California Los Angeles in 1983 and her psychology doctorate degree from the University of Connecticut in 1988.  She did her clinical psychology internship at the Veterans Administration Hospital in Sepulveda, CA.  She completed her postdoctoral fellowship in Behavioral Medicine at Harbor-UCLA Medical Center, and a second postdoctoral fellowship in Clinical Neuropsychology at UCLA Neuropsychiatric Institute. She did specialized training as a Clinical Fellow in Wada testing at UCLA.  She earned her diplomate in Clinical Neuropsychology from the American Board of Professional Psychology/American Board of Clinical Neuropsychology in 1997.  Dr. Earnest has been on staff at Kaiser Permanente Los Angeles since 1990 and served as Internship Training Director of the APA-Accredited Pre-Doctoral Clinical Psychology Internship for 7 years, as well as trained postdoctoral clinical fellows in Behavioral Medicine and Neuropsychology.  She is the Neuropsychology Training Director in the Department of Psychiatry.  She is a consultant on the Epilepsy Surgery team and Movement Disorders team and conducts behavioral analysis and testing following standard intracarotid sodium methohexital injections in advance of neurosurgical interventions in Interventional Radiology. Dr. Earnest conducts comprehensive adult neuropsychological assessments for known or suspected central nervous system disorders and is involved in clinical teaching in the field of neuropsychology.

Dr. Kowell is a board-certified neurologist with subspecialty board-certification in clinical neurophysiology at Encino Neurological Medical Group. He is also a Clinical Professor of Neurology at the David Geffen School of Medicine at UCLA. His BA degree is from the Johns Hopkins University. He completed the Medical Scientist Training Program at the University of Pennsylvania where he received his MD degree and also a PhD in anatomy. His internship in internal medicine and neurology residency were completed at UCLA. In addition to general neurology and clinical neurophysiology, Dr. Kowell’s areas of specialization include dementia, traumatic brain injury, and evaluating patients who have violent and aggressive behavior. He is a member of the County of Los Angeles Superior Court Panel of Expert Witnesses in neurology. He is a member of the Super Doctors Southern California Hall of Fame. 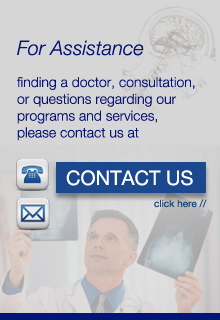